Forget about China’s Debt, the US Wants War 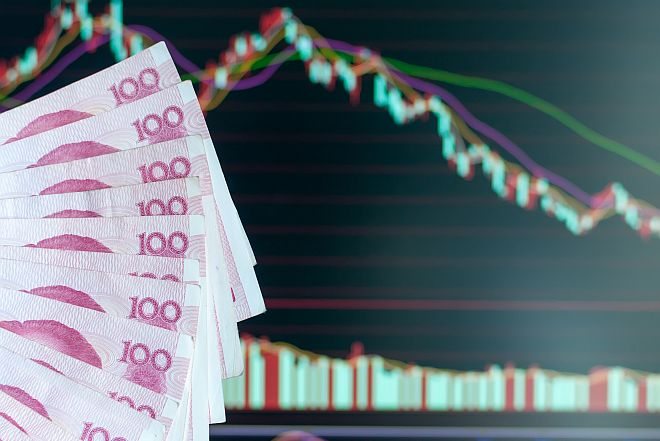 You might be offended today. But I don’t apologise.

See, I believe in free speech — not ‘political correctness’. I’ll tell you how it is, every day of the week.

The US police force no longer works for the people — it serves and protects itself and government.

Following a breakdown in the rule of law, whereby police aren’t prosecuted for murder, the US is heading towards a major period of civil unrest. When global governments start defaulting on their national debts, the world will spiral into chaos. And, if history’s a good guide, the US elite will start another shooting war to distract the people.

To understand why, let’s turn to China…

China’s economy is the least of our worries

While the mainstream media talks about China’s massive debt issue, its attention is misdirected. The Economist reported on 9 July,

‘AS ANYONE who has conquered addiction knows, the first step is admitting that you have a problem. China, hooked on debt for much of the past decade, may be reaching that point. In recent weeks officials have talked at length about the country’s troubling reliance on credit to fuel growth.

‘The frankest admission came in a front-page article in the People’s Daily, mouthpiece of the Communist Party, in early May. An anonymous “authoritative person”, widely believed to be Liu He, an economic adviser to President Xi Jinping, warned that high leverage could spark a systemic financial crisis. China’s total debt load jumped from less than 150% of GDP in 2008 to more than 250% at the end of last year. Increases of that size have presaged economic trouble in other countries.’

While the report sounds alarming, the reality is that China’s debt issue isn’t that bad. In fact, China’s financial system is far stronger than the Western world’s.

This economic transition won’t happen smoothly or overnight. In reality, it should take a few years.

During the transitionary period, investment growth is likely to slow, which will raise challenges. For example, with fewer investment projects commissioned, consumption spending and investment capacity will be impacted. Fewer people will have jobs, and it will be more difficult for corporates to pay back their debts.

That’s the elephant in the room that the mainstream misses…

The mainstream just doesn’t get it…

In comparison to Western economies, which are loaded with unsustainable public debt, China’s debt problem is on the private side.

After years of flooding its financial system with cheap credit, Chinese banks face a lot of private debts bordering on default, known as non-performing loans (NPLs). In the past 12 months, NPLs jumped by more than 40% to 1.4 trillion yuan (US$210 billion), according to Bloomberg. You can see this on the chart below: In the history of the world, no government has ever — not even once — paid back its debt. History shows governments have defaulted entirely, delayed interest payments or changed the maturity dates. That spells another disaster waiting to happen.

Socialism has fuelled a massive debt bubble that’s unsustainable. It’s why the world is facing another sovereign debt crisis. Promises upon promises can’t be kept, and will come crashing down.

The Chinese economy doesn’t have this issue — socialism doesn’t really exist in the eastern world. Below, The Economist provides a chart on global debt for 11 of the world’s largest countries, including China. The chart shows that, unlike every other country on the list, China’s debt clearly exists on the private side. You can see that by looking at the dark blue bars, which represent corporate debt. The light blue bars show the public debt.

Of course, some pundits don’t believe the debt numbers. While they could be correct, one fact remains: China’s debt problem will still exist on the private side. The Economist reported on 9 July,

‘Last month the government convened its first news conference on the topic, bringing together officials from the finance ministry, the central bank, the banking regulator and a top planning agency.

‘All of them have homed in on corporate debt as the main worry. That is obvious enough from a quick comparison with other big economies: China sits in the middle of the pack for total debt but is at the high end for corporate liabilities. Yet it marks a change of tone from recent years, when officials focused on cleaning up the debt of local government. This presented a more immediate but smaller problem, and also a more manageable one.’

Unlike Western economies that borrow year after year, with no intention of paying anything back, China’s private debt load is manageable.

First, the country must restructure old debt with new. Loans would flow to better firms, generating higher returns. Second, China is looking at equity financing to help replace debt. Officials insist only viable companies will receive this treatment. Finally, the government will use fiscal policy to prop up growth, in effect transferring debt from corporate balance-sheets to its own. The Economist reports,

‘That makes sense: official public debt is low, at less than 50% of GDP, while state-owned companies are the biggest debtors. However, direct bail-outs would give state firms little reason to improve their operations. So the central bank’s researchers suggest other measures, such as tax cuts, which would improve the business environment for all.’

Chinese people have learnt to look after themselves and their families, and not rely on government — which has let them down consistently during history. This compares with Western society.

The writing is on the wall

The Western world is different — the majority of Western countries rely on government today. It’s why, after being saddled with debts totalling more than US$18.5 billion, the US city of Detroit filed for bankruptcy in 2013. Puerto Rico, which just had its biggest default ever by missing US$911 million of payments due on 1 July, remains bankrupt today.

Last year, Puerto Rico said it has no intention of paying off its US$70 billion debt load in full. Moreover, it dragged its heels about disclosing its true finances. The US congress wasn’t providing much assistance.

This (worldwide) problem is escalating — socialist governments have over promised, and can’t possibly deliver. It’s why the US police force, for example, is seizing more money than ever to fund its workers’ pensions. According to boingboing.net,

‘US police seized $4.5 billion through civil asset forfeiture (through which police can take money and valuables away from citizens without charging anyone with any crimes) in 2014; in the same period, the FBI estimates that burglars accounted for $3.9B in property losses.

I’m grateful to be an Australian; at least we still have some civil liberties. The US police force is out of control; it’s dangerous and acts against the people. With US police killing innocent people all over the country, and stealing from the innocent, massive civil unrest looms. When that happens, if history is a good guide, politicians will start a war to distract the ‘great unwashed’.

I don’t want war. No sane person does. The elite want war, thinking the world is their game. Legendary investor Jim Rogers says, ‘War isn’t great for much else but commodities.’ For this reason, if you want to hedge your portfolio against war, buy resource stocks. If you pick the best stocks, you’ll make the biggest profits.

The question is: Do you have the time and skills to pick the best stocks?

That’s why I wrote the free report, Three ‘Bounce-Back Mining Belters’ to Buy NOW, which was published recently. Implementing my top-down approach, I’ve found three resource stocks that could make you massive profits in the months ahead.

Special Report: The greatest mind of the modern era is about to embark on his greatest and most ambitious project yet… A revolutionary, digital network designed to beam superfast internet to every inch of the planet…from space! And for you — as an investor — it could mark the start of an epic 14-fold profit run…if you’re willing to take a calculated risk with a small portion of your capital…(more)

Sanctions against Russia are leading to the collapse of the ruble. So what should we think about Russia’s plan to build up its gold reserves?

What the End of the Petrodollar Could Mean for You