Home | Super and Retirement Wealth | Forget Super, This is the Only Way You’ll Have Enough to Retire

Forget Super, This is the Only Way You’ll Have Enough to Retire I caught up with a friend visiting the UK recently. He was over with his wife and new baby. We caught up at his father-in-law’s place in South West London and then headed to the local pub.

After navigating my way past the several Range Rovers in the parking lot I realised this wasn’t your typical ‘local’. Once inside the pub I quickly realised this was — how should I put it — one of the ‘posh’ parts of England.

These areas stick out like the proverbial dogs-bollocks. You can almost smell the wealth. Or  if you’re in any doubt, just have a glance to the parking lot. I also know this wasn’t one of those ‘fake’ posh parts of the UK.

The ‘fake’ ones are easy to spot. The same cars, the same feel. But it’s loaded with mid-30s, mid-40s people who are clamouring over each other to pay the bill with their credit card.

Whereas the real ‘posh’ parts, the actual wealthy people they’re in their late 50s to 60s. And they always split the bill evenly. No arguments, everyone just dollies up the cash and they’re on their way. Oh, did I mention they almost always pay cash?

The older generation of wealth has a few nice things, but rarely makes the effort to publicly display their wealth for all to see. The credit-card generation make it a point to spend up big, almost like a badge of honour. When in all reality there’s little actual wealth behind their antics.

Even the ‘lifers’ have little hope

That’s because here, like Australia, when it comes to real wealth, there’s a fair chunk of it sitting with those people either just getting to, or just starting retirement.

Like my mate’s father-in-law. He was a high level executive at a global consumer goods company. From what I understand, when he got to ‘retirement’ age it actually worked out financially better for him to retire than to keep working and pay increasing levels of tax.

I’m still baffled as to how that’s possible. But it must be, because he’s doing pretty well. And doesn’t work. He is the true definition of retired. And good on him. In the same position, we’d all do the same. After all, you bust your guts for much of your life. If you can, why not take it easy?

Here’s the problem though. His generation are the product of a system that was happy to look after its workers.

Solid, defined benefit pensions, big payouts on retirement, golden handshakes, guaranteed incomes — what a dream it must be. But the current system, both here in the UK and at home in Australia, isn’t like that anymore.

For a young person today the idea of ‘retiring’ in your 50s with a guaranteed income for the rest of your life is fantasy. Retirement will not exist. In fact, I’d go so far to call retirement fake.

The reality is that many people entering the workforce, or already there in their 20s, 30s and 40s, might never retire.

Sure there will always be those that are wealthy from the get go, either through family wealth or genuine hard toil and a bit of luck. But there are plenty of people, company ‘lifers’, hard workers, who will get to an age where they should retire, but can’t afford to.

They won’t have enough savings in their retirement pot to live the life they’re used to. The age pension certainly won’t help. And anything they want to do from a leisure perspective will only get increasingly expensive.

The only outcome is to keep working.

Something’s wrong with the numbers

It’s hard to get a straight answer on the real distribution of wealth in superannuation. For example, research from Challenger (based on ABS statistics) in 2010 says the average super balance for males age 40–44 was $62,410.

Believe it or not, most of that increase is thanks to investment returns. Note that Superguide says, ‘not one of the 200 superannuation funds listed [in an APRA report on super performance] delivered a return anywhere near 9%’, in the five years to 30 June 2013.

Hence we can reverse engineer roughly how much of that rise was contributions. It works out at around $7,100 — the rest was investment returns.

Hang on a second. That equates to just $2,366 per year added to superannuation via contributions.

If that’s the compulsory super contribution (which was 9%) that would mean the average 40 year old with an average super balance was earning around $26,288 per annum.

Err, no. That can’t be right. The average annual total earnings in 2010 (based on November 2010 average weekly earnings) for full-time adults, also according to the ABS, was $68,852.

That includes super. So contributions should have been $5,685 per year. But based on the change in super balances, they aren’t not.

That could mean a couple of things.

Second, there are plenty of Australians that are self-employed, and they’re contributing nothing to their own retirement savings.

Or third, these averages are skewed by a widening income and wealth gap in Australia, which is clearly only getting wider.

Work until you die. That’s your future.

It also means that the average person does the absolute bare minimum to save to retirement. And if that’s the case, then retirement will never come. Simply put, the minimum isn’t enough to pack it in at 65, 67, 70 or whatever the government decides the retirement age is.

Some people argue at retirement they’ll be able to downsize and cash in their property chips. That might be the case. But it will also mean a flood of properties hitting the market as ‘downsizers’ are desperate to top up retirement savings.

What this starts to add up to is a generation of retirees that have it perfectly timed. These are the baby-boomers. And good luck to them. They simply got lucky. But for those retiring in the next 10 or 20 years, well, don’t bank on it.

Your properties will be worth less. Your superannuation savings will be barely enough to live on. You’ll have to work until you die.

Not a rosy future is it? The simple truth is the only way you’ll ever get near retirement in the future is to invest outside of it. Don’t rely solely on property. Invest in stocks. Invest in yourself. Invest in private businesses. Diversify, be smart, and don’t bet on the current system working for you the way it did for current retirees.

Special Report: ‘The Lazarus Project’ Your best chance to double every dollar you invest this year [More…] In today’s Money Morning…Netflix is at an impasse…a telling earnings season…finding the right tech for the right portfolio…and more… The big market story to come out overnight was, of course, Netflix. By now you’ve probably already seen the many headlines: a 35% share price catastrophe, 200,000 lost subscribers, and desperate plans to recoup more money … Read More

And on the first trading day of 2022, the Australian share market climbed to fresh peaks, with the All Ordinaries Index reaching a record high of 7,931. 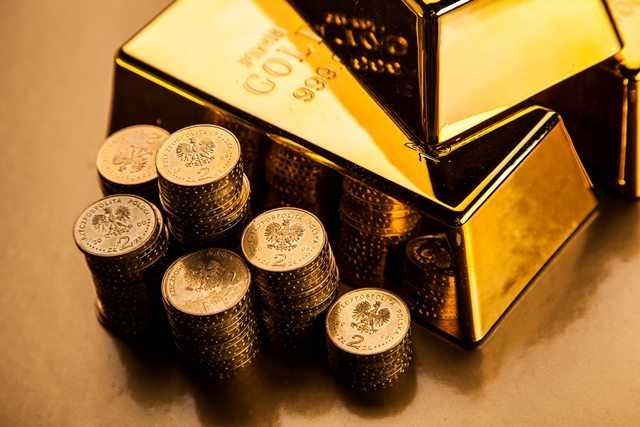 Inflation isn’t wholesale bad news. Rising inflation is a potential boon for gold. Read on to find out more.