Australia is Taking A Chance on the Future 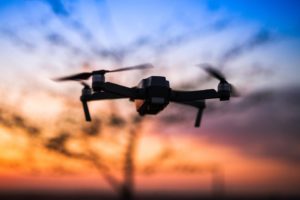 It feels like a rarity for Australia to play host to tech ‘firsts’. As much as it pains me to admit, we’re not exactly at the cutting edge a lot of the time.

But, every now and then we have our moments. And this week, we saw such a moment come to fruition.

Wing, a company that falls under the large umbrella of Google, has been approved for operation. A decision that has been five years in the making.

It’s the last 18 months that has really showcased Wing’s prowess, though. Delivering some 3,000 packages of food, medicine and other small goods. That trial was the final test for a service that has been hailed as the future of deliveries. Though it had plenty of doubters as well.

As I’ve made clear previously, I’m somewhat of a drone sceptic myself. While I think they are fantastic as a toy or hobby, I had my doubts about their use as a productive tool. But Wing is singlehandedly changing my tune.

Granted, the scope of these drones is still fairly limited. As it stands, they’re only approved to deliver to about 100 homes. So, this isn’t exactly a big rollout.

Still, small beginnings — great things, and all that jazz.

What I am especially interested in is how this project will continue to develop. It’s great that they’ve been given a chance to prove themselves, but the hard part lies ahead of them.

Getting off the ground is easy…sticking the landing, well…that could be a little trickier.

Download your free report to learn how to invest in lucrative biotech stocks. Plus, you’ll receive a free subscription to Money Morning.

No one can question the convenience of a drone delivery. The skies, unlike our roads, are wide open; free from traffic and other hazards. Which means customers will get their goods even faster. Something that we — as consumers — simply can’t get enough of.

We’ve got a serious need for speed, and drones are a logical solution to catering for that demand.

On top of that is the other major sticking point: price. As there is no ‘delivery driver’, drones should drive down the cost of delivery even further. At least for that ever-touted ‘last mile’.

But let’s not dwell on the obvious. You’ve probably already reached some logical conclusions of your own. Or if you caught Ryan Dinse’s Tech Insider article on Thursday, you’ve already heard about what drones could do for food delivery.

The nagging question that I am still yet to see an answer to, is safety. And what I mean by this is safety beyond the obvious precautions.

Wing’s drones will of course be forced to follow strict rules. They can only fly between 7am (8am on Sundays) and 8pm. Flying over roads is a no-go, as is getting too close to people.

Though how they will enforce the latter could prove troubling. After all, the drones have to drop off their cargo at people’s homes. As several videos show, this involves lowering a small container with a zip line. So, if someone is stupid enough to try and pull on this line during the drop-off process, no doubt they will get a stupid outcome.

However, that’s not what I’m worried about. People do stupid things all the time. What I am worried about is malicious behaviour.

Either way, the fact is keeping the drones safe will be a challenge for Wing. Throw in the unpredictability of Mother Nature and things get even more complicated.

And then, what about the actual delivery itself? What happens if something goes wrong then?

One of the companies delivering with Wing is a café. If they deliver a hot coffee and it drops on someone, burning them, it’s going to be a legal nightmare. It doesn’t even have to be a person either, it could even be a pet.

The reality is, the logistics of drone delivery is a vastly unknown.

No doubt some of these issues will have already been covered, and maybe they have ways to mitigate these concerns. But I suspect there will be more to come that have been overlooked or simply weren’t conceivable prior to testing.

This is new territory, and we’ll have to see how Wing and Google handle it.

Alright, now before I go full-blown doubting Thomas, let me be clear that I am rooting for Wing’s success. I want them to thrive and grow. Hopefully, right across the nation.

While there will be challenges, they can certainly be overcome. And the real takeaway from this story is that Australia can be at the forefront of new ideas and tech. Whether it be home-grown tech or not.

Wing and the regulators are taking a chance on the future. A future that may or may not be feasible, but that’s all part of the process. Which is why even if there are doubts, we still need to take chances.

One day, the people of Canberra may very well look back on this day as a turning point. The moment that the world changed forever…

Yes, that might seem a tad grandiose, but overhauling logistics of delivery is a big deal. I sincerely hope this is just the beginning for drones.

Furthermore, I hope we see more innovation like this in Australia. Not just because it’s fun to say we were first, but because it will be vital to sustaining our economy.

We should aspire to be a world leader, not a follower.

Canberra may not be Silicon Valley, but at least it can still make headlines every now and then. And that’s something worth getting excited about.

PS: In a brand-new report titled: ‘How to Invest in Biotech Stocks’, you’ll learn how to break into one of the most lucrative investing markets in the world. Click here to download a copy of this free report.