When Money Is This Free, It’s Time to Get Worried 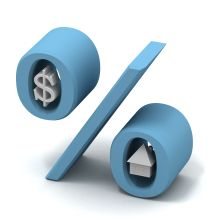 It’s 1989. The Bangles, Eternal Flame sits at the number one chart spot. The AFL is actually still the VFL and the Hawks will topple the Cats in a Grand Final for the ages. The Canberra Raiders also go on knock off the Balmain Tigers, also in one of the great rugby league matches of all time.

Bob Hawke is Prime Minister. The country has a miniscule population of just 16.8 million. Count Duckula gets its first run on the ABC along with the first Doctor Who episode starring the legendary Tom Baker.

That means a house is around 6.2-times after tax earnings. That’s not too bad on the face of it. And what a decade to have lived in…except for maybe October 1987.f

Still, there’s one thing we’ve forgot to mention here. And if you’re older than say 50 today, then you might know what’s coming next as you might have lived through it.

In January 1989, the standard variable home loan interest rate was 15%.

Note: We’re not talking about the RBA cash rate here. We’re talking about real rates that impact the everyday person when they go to get a mortgage.

Now, sure, Australia’s property is expensive at the moment. But 95% after tax income going towards a mortgage repayment is unheard of…well unheard of until the last few years.

But again, those figures are based on just one person affording a house. The reality is many households were two income households. But even then, that’s still 50% of all after tax expenses going towards just the mortgage.

The good news for those in 1989 is that rates wouldn’t stay that high for long. And thankfully, as rates fell so did the cost to service those mortgages. By September 1993, the standard variable home loan rate was down to 8.75%, almost half what it was in 1989.

And by 2004, 15 years into those 30-year mortgages, the rates was lower again to just 7.05%. And also those median prices had now become much higher.

Australia still finds itself in a prickly housing bubble

In other words, those high mortgages were high and hard to cover, but it’s all been downhill from there. In fact, it’s been downhill for 29 years. Now the average standard variable home loan interest rate is at 4.94%. It has never been lower than it is today. And that’s going back to 1959.

That doesn’t make houses any cheaper, mind you. But 29 years of falling interest rates has certainly done a fair bit for pumping up house prices, around seven-times higher over that period.

What we also know is that wages aren’t seven-times higher than they were 30 years ago. Hence, Australia still finds itself in a prickly housing bubble, even if homeowners don’t want to admit it.

There’s a little problem with all this, however.

It’s not that the bubble is about to radically burst and we’re going to see another 20% to 30% lobbed off the value of your home. Not in a short, sharp burst at least.

No, the problem is that we may be about to step into a global recession. That’s going to weigh heavily on markets, on companies, on banks. It also means that banks are at a point where they can’t lower the rates any lower.

Sure, the Reserve Bank can lower rates all it wants to try and tickle the economy into life. But the banks can’t afford it. And you want to know why? How about you ask the government.

Aussie banks are robust and strong. And they’re well prepared for what’s coming. Meanwhile over in places like Denmark, you can get 0% mortgages.

That’s right you can get a 20-year mortgage with no interest to pay! Take that pay day lenders…

‘The development follows an announcement earlier in the week by Jyske Bank A/S, which said it will start issuing 10-year mortgages at a coupon of minus 0.5%. Danes can also now get 30-year mortgages at 0.5%, and Nordea recently adjusted its prospectus to allow for home loans up to 30 years at negative interest rates.’

At first you’d think this is great, can’t wait for that to come to Oz. Well, don’t be so quick. That kind of behaviour puts enormous stress on banks. In fact, I’d go so far to say that sort of lending and rate setting is a sign of the start of the end of European banking.

If this sort of thing becomes commonplace, which it may do in Europe, expect pain in the banking sector to follow soon after. As it stands, Europe’s banking system is a tinderbox ready to go up in flames with the slightest spark.

Ed note: That spark may very well be Deutsche Bank.

If that happens, you might want to have your zombie apocalypse bunker at the ready, because it’s going to get bad. Worse than 2008. The idea of negative rates is perplexing at the best of times, but it’s easy to see lending businesses not making any money off lending can’t sustain that for long.

When free money is that free it’s time to get worried, load that zombie gun and get your action plan ready to go.

FREE report: Why ‘Nano Metal’ could soon be Australia’s most valuable export. Click here to claim your free copy.