Home | Featured | Pickens Has Changed His Mind on Oil, Should You?

Pickens Has Changed His Mind on Oil, Should You? 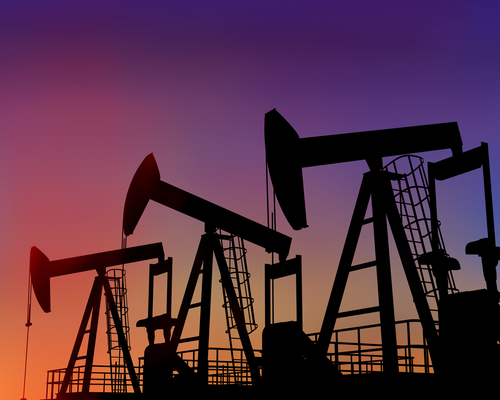 T Boone Pickens is a famous oil man. With a name like that, how couldn’t he be?

The way people write about him, you’d think his full name was ‘The Legendary T Boone Pickens’.

He grew this small oil company to become the largest independent oil and gas company in the US.

I remember first hearing about T Boone back in the early 2000s.

John Howard was PM and an election was near. At the time the BBQ stopper conversation was the ever-rising cost of petrol prices (though they were still under $1 per litre!).

The end of ‘peak oil’

Back then, T Boone was predicting an era of ‘peak oil’.

Simply put, he thought the world was running out of oil.

Pickens told an eager audience at the 11th Clean Cities Conference in 2005:

‘“Let me tell you some facts the way I see it,” he began. “Global oil (production) is 84 million barrels (a day). I don’t believe you can get it any more than 84 million barrels. I don’t care what (Saudi Crown Prince) Abdullah, (Russian Premier Vladimir) Putin or anybody else says about oil reserves or production. I think they are on a decline in the biggest oil fields in the world today and I know what’s it like once you turn the corner and start declining, it’s a tread mill that you just can’t keep up with.”’

Oil prices never made it that high…

The GFC came, bringing oil prices right back down from $140 to just $30 per barrel.

Then we had a supply side shock Pickens never saw coming. The shale oil revolution in the US which made the US an oil powerhouse and has kept a lid on oil prices ever since.

The theory of peak oil was a good one, but wrong…

These days you’d struggle to find an oil bull anywhere.

Even OPEC, the famous oil cartel, is predicting lean times ahead. Last week they forecast a reduction in oil demand by 40,000 barrels per day (bpd) to 1.1 million bpd.

Sentiment has never been so bad.

Which is why this just happened…

If Pickens can change?

The T Boone Pickens Exchange Traded Fund (ETF) is getting out of oil and into the renewables business instead.

Yes, you read that right, an ETF that bears the name of the ‘oil legend’ and trades under the ticker BOON is now a way to invest in green energy.

BP Capital Fund Advisors — the managers of the ETF — plan to swap oil investments for renewable ones, as fossil fuel prices continue to get pummelled.

And they argued the case by invoking the legend:

‘“A guy that was a good old-fashioned wildcatter is now saying that solar and wind and geothermal and biomass, that we need to embrace it,” Toby Loftin, the firm’s founder, said in an interview in Houston. “He’s been saying that for 11 years publicly, but this just puts the cherry on top.”’

In the context of the Australian discussion, this decision is very interesting.

If someone as deep into oil as T Boone sees the writing on the wall for fossil fuels, then surely, we should consider it too?

Though of course, as we know, T Boone Pickens doesn’t know the future any more than you or I do.

But for my money the tide has turned here. And smart investors need to start positioning themselves for the future of energy, not the past.

This is not just opinion, it’s the weight of investment money too.

According to Bloomberg, around US$9 billion was invested in large wind and solar projects in Australia in 2017.

They also predict a total US$10.2 trillion will be spent on new energy generation globally from now until 2040. With a staggering 72% of this to be spent on new solar and wind plants.

The times they are a-changin’…

The future of energy

The death of fossil fuels doesn’t need to be bad news for Australia. Though it will be if we don’t prepare for it.

In battery technology for example — we’ve lithium, nickel and cobalt miners to look into.

This is an area Australian rich lister Mike Cannon-Brookes thinks is poised to explode. He tweeted this over the weekend: New energy is an investment in the progress of technology. Whereas old energy is a bet against this new tech. I know what side I think will win that fight.

And there are a few more direct options to invest in the renewable space too.

Genex Power Ltd [ASX:GNX] has just bought the Jemalong Solar Project in NSW which is expected to deliver around $15 million per year in revenue once completed in 2020.

They also have the Kidston solar and hydro project up in North Queensland in development too.

Or you could consider Infigen Energy Ltd [ASX:IFN]. They operate six wind energy sites in South Australia with nine new projects in development.

Neither of these are a direct recommendation, of course. They’re just ideas for you to look at.

Because if T Boone Pickens has got it right this time, then it’s in the renewables game — and not the oil one — that future energy legends will be born.

FREE REPORT: ‘Rare Earth Boom 2.0: An In-Depth Look at the Commodities of the Future’. Download now.