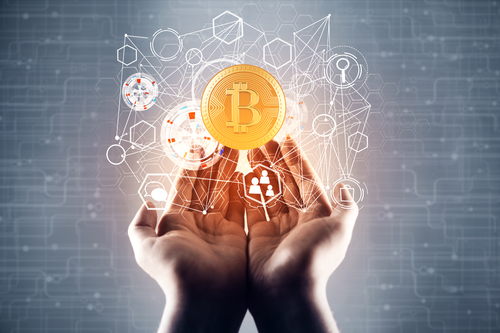 I woke up recently to the sounds of alarms. It was about 1am.

Thankfully it wasn’t mine. It was a house across the street. And a few out the back.

At my place, a number of the ‘smart’ lights had unexpectedly come on as well.

That included the smart light in my son’s room. My wife was quick to yell at me to turn the bloody light off in his room to not wake him up.

Thankfully I got there in time before he could wake up.

I would have turned off the lights from my phone. Or typically just asked ‘Alexa’ to do it. But the Wi-Fi was down in the house as well.

I’d seen this before at my place when I flicked off the fuses while changing a light fixture.

When I flipped the power back on all the smart lights came back on that were ‘on’ at the light switch. Hence I knew that this abrupt awakening was due to a power cut in the neighbourhood.

And the power outage had tripped everyone’s house alarms.

This continued for a good 15 to 20 minutes. And made it impossible to get back to sleep. I can also conclude no one was home in these houses, as no one turned them off.

Finally it ended. And peace was restored. Although I was pretty sure I could still hear the alarm. I wasn’t sure if it was just burned into my brain or whether another alarm went off somewhere else.

Not long after it ended, it started again.

Same process. Alarms on the houses all going off non-stop. The smart lights stayed off at my place, because they were all now in the ‘off’ position at the switch.

But the neighbourhood alarms…it didn’t end there.

This happened another two more times as the power company attempted to fix the problem.

Roughly once an hour for 15 to 20 minutes. For four or five hours.

Every time the power was tripped, it all repeated. Not just alarms, but also the lifeblood of modern society…Wi-Fi.

During these waking hours I had some time to think.

‘Smart’ devices aren’t all that smart

I’ve got a lot of connected gear in my house. You’d expect that from a tech-focused editor. Much of it is allegedly ‘smart’. Smart TV, smartphones, smart lighting…smart devices all around.

But none of it is really smart. I’ve come to the conclusion that ‘smart’ devices are just dutiful devices. They do what you want when you ask. And sometimes they do things you don’t ask when you don’t want them to.

Most of the time when they’re misbehaving there’s a root cause to the problem.

And I mean power in the sense of energy. There is no connected, smart world without the energy to power it. Our world is nothing without electricity.

Without electricity the lights don’t work. Smart lights or just regular ones, none of them work without it.

And then there are the smartphones (once they’re out of charge). All of these things are just expensive lumps of metal without electricity.

This extends outside of the home too. There are no streetlights or traffic lights when there’s no electricity. Stepping outside during a blackout is eerie. There’s complete darkness, just the sun’s reflection off the moon for light. And it’s quiet…so quiet when there’s no power.

There’s also no power to office buildings, which also means no lighting, no heating, no computers, no Wi-Fi, no lifts, no work, no productivity, no GDP, no growth, no government…chaos.

That also means without electricity, without power, there’s no stock market. There’s no online trading, there’s no clearing house, no settlements.

It all reinforces that we’re incredibly dependent on the internet and connectivity in our day-to-day lives. But we’re absolutely set for doom without electricity.

This is a big problem. And it’s why electricity grids are becoming an increasingly ‘hot’ target for attacks. It’s why cyber defence is becoming a more important aspect of not just our existence online, but also to protect critical infrastructure.

‘More than a dozen U.S. utilities that were targets in a recent wave of cyberattacks have been identified by The Wall Street Journal. Some of the utilities, most of which are relatively small, are located near dams, locks and other critical infrastructure.’

‘These electricity providers were singled out in a hacking campaign that was brought to light in August by researchers at a Silicon Valley cybersecurity company. But little was known about the attacks until now.’

These attacks now have the FBI investigating. But it wasn’t government departments that identified the attacks. It was cybersecurity companies. And it’s increasingly likely that it will be champions of industry that protect our most critical infrastructure…electricity.

What’s interesting is that the defence might come from an unlikely place.

This year the US Department of Energy awarded a grant to TFA Labs to test how blockchain networks could be used to secure and protect the energy grid. TFA Labs CEO said:

‘Attacks on electric grids in Ukraine and elsewhere have highlighted vulnerabilities that blockchains are positioned to solve now. Using the TFA Labs Signed at Source™ solution we can implement secure device access and ensure data integrity is maintained from the source of each device and at any point in transit.’

The test will use the Factom blockchain. And if successful could herald a new era of crypto and blockchain based security for energy grids not just in the US, but across the world.

While there may still be doubters about the power of blockchain, these are clear catalysts for its huge future. The use cases for blockchain networks are far more varied than the average person understands.

To think that crypto and a blockchain could protect us from the most valuable infrastructure on Earth is a little out there. But it’s possible. And in protecting the power, crypto networks like Factom also inadvertently protect themselves.

PS: Grab a copy of my free report and discover everything you need to know to jump head-first into the $100 billion-plus crypto market for yourself. Click here to claim your free copy.