Keep a Close Eye on Resources This Year 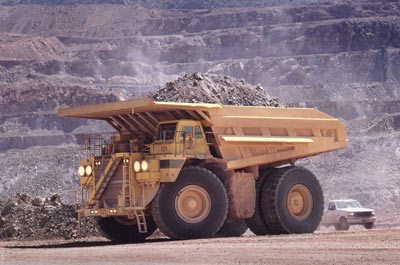 Markets climb a wall of worry.

Or so the old saying goes.

I wonder if there are any worriers left to climb over?

Everything has been shooting higher lately.

Now, as a thoughtful investor, these indiscriminate moves higher should give you pause for thought. It might even make you worry.

And history suggests markets tend to melt-up for one last hurrah before the inevitable bust.

Is that what we’re seeing here?

Putting aside my brain for a minute, the flow of money is saying 2020 is going to be a great year for stocks.

The fact there is still so much gnashing of teeth about these recent rises suggests the wall of worry is still there to climb.

Which means stocks will keep on rising, crushing both the profits of short sellers and spirits of bears alike.

And until the worrywarts give in completely, we’ll keep moving higher.

But aside from all this psychological naval gazing, there are also some fundamental reasons to think the party will go on for much of the year.

10 Aussie Mining Stocks That Should Be On Your Radar. Free Report.

The US Fed still has room to move interest rates lower.

Which means markets can still rely on falling interest rates to protect them on every sign of danger. This confidence means investors will keep piling in.

It’s a rehash of the old Greenspan put. The idea from the 90s that the Fed will ride to the rescue is still alive and well.

It’s an election year in the US and President Donald Trump is hanging his hat on a strong economy and a surging stock market.

The election isn’t until November, so that’s an awful lot of time to sustain a market rally.

Can the Donald do it?

Barring the kind of black swan that no one sees coming — like aliens landing on the White House lawn — it’s become clear over the term of his Presidency that he will do ‘what it takes’ to cling to power.

There’s the impeachment hanging over him of course. However, with Republicans mostly standing behind him, my best guess is that this thing will fizzle faster than people think.

Significant infrastructure spending from the US, China, and India is still in the pipeline. This could secure economic growth for a few years yet.

India is the dark horse here.

They just announced plans to spend approximately $2 trillion dollars in infrastructure over the next five years.

That’s more than the entire GDP of Australia!

India is an important space for Australian investors as it could be the source of a new resources boom for the 2020s.

The ambitious Modi government has plans to target GDP of US$5 trillion by 2024–25, a figure that would propel India into the top five economies in the world.

This is of course good news for commodity prices…

This is a story playing out that no one is talking about yet.

You see, in 2019 a lot of commodities rose significantly in price.

These are some hefty price rises.

And you can see why your morning coffee now costs $4-plus.

You see, as commodity prices rise, it eventually finds its way into consumer prices.

Rises in energy prices like oil and gasoline should have you most concerned. These are the widest ‘input’ costs.

They feed into the price of every other good due to the costs of transportation. Also known as a rise in inflation.

And while the official stats don’t bear this out yet, I’d be keeping a close eye on commodity prices, tariffs, and inflation rates in the months ahead if I were you.

Any uptick in inflation could quickly reverse interest rate expectations.

This will have a spectacular effect on the overleveraged, such as those in our overheated property market.

The positive news is that if rates somehow stay low and the huge spending into infrastructure materialises, this is a perfect combination for a 2020 commodities comeback.

May be worth keeping a close eye on the resources space…

PS: You can watch the S&P GSCI Commodity Index closely for a big picture view on commodity prices.