Without a doubt, the global landscape has definitely shifted in recent weeks.

Italy is a mess, the US is struggling to get its stimulus measure over the line, and the UK has recently shutdown as well.

With all that is happening and changing, one thing remains the same; people need to eat.

Which, in these times, is putting a lot of focus on supermarkets.

So what does this mean for the share prices of Australia’s two biggest supermarket chains?

The charts tell us that this means with the ASX falling sharply, there is still faith in these two businesses to deliver earnings. 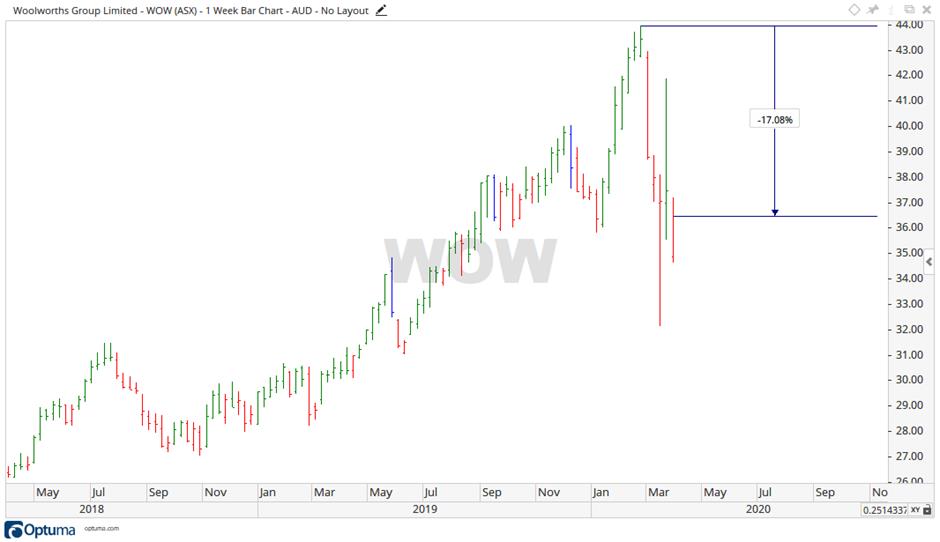 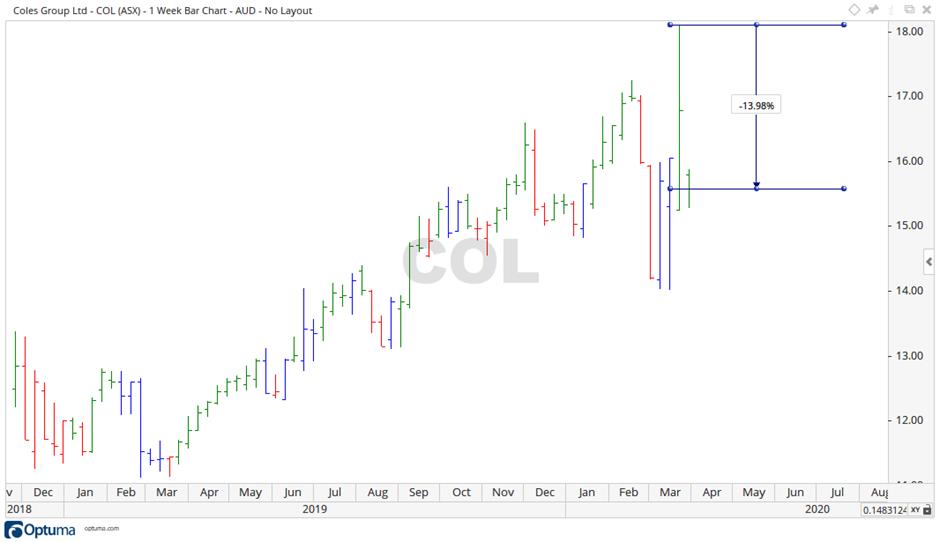 Coles has been a listed share for a relatively short time. In November 2018 it came out from under the Wesfarmers Ltd [ASX:WES] umbrella, and whilst still being a new share it was by no means a start-up. Being one of the two major supermarkets, this is reflected in its current market cap of $20.78 billion dollars.

Woolworths, by comparison, has been listed since 1993 and its greater market share is reflected in the fact that it currently has over double the market cap at $45.97 billion dollars.

What does the future hold for the Woolworths and Coles share prices?

In the current market conditions, both companies look to be holding up well against the pervasive fear, relatively speaking of course.

For instance, Coles recently announced that the world’s largest asset management firm, BlackRock had come on as a substantial holder.

However, as you can see in the above charts, Woolworths may be facing greater headwinds.

It reported back in October 2019 underpayments to staff of up to $300 million.

It is also important to remember that through the ALH Group, Woolworths operates over 300 licensed venues.

So, earnings from this business segment are likely to be impacted with pubs shutting down across the country.

When the current crisis passes and the dust settles, the same issues that were in place before will remain.

Woolworths is showing historical support and resistance levels around $31.00 and $28.00 and as a result, we may see the WOW share price fall back further as more details emerge from the loss of revenue from the hotel side of the business.

Consequently, I think it is possible that although Coles may only be half Woolworths’ size in market cap, it may come out the stronger of the two if and when the market picks up again.

Tags: ASX:COLASX:WESASX:WOW
Carl Wittkopp
Carl Wittkopp writes for Money Morning and has a diploma in Financial Planning. He specialises in technical analysis.

Coles Shares Slide as Board Reflects on the Year That Was

Woolworths Share Price Down: More Sales than Coles, Owes a Decade of Back Pay