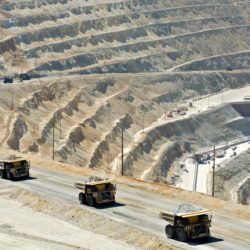 The Mount Burgess Mining NL [ASX:MTB] share price has recovered back to the one-cent mark today, after losing ground in August.

MTB’s most recent share price action has been stirred up by the discovery of copper at its Kihabe-Nxuu project in Botswana. 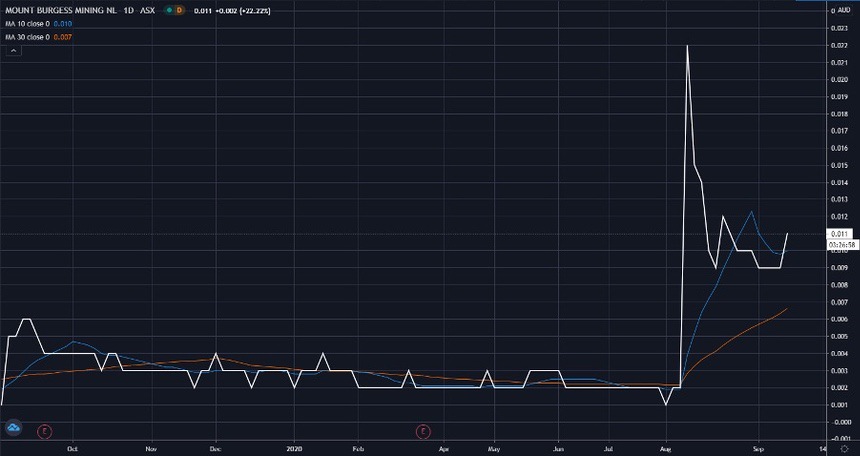 Potentially commercial copper but no guarantees

MTB announced this morning that it had drilled 15 holes at the NE sector of the Kihabe that have intersected potentially commercial copper grades.

The price of copper has made steady gains over the past six months.

Tacking on nearly 25% since early March. Strangely, the company has known about the occurrence of copper at its tenements since 2003.

According to their announcement, MTB said that 13 holes drilled between 2003 and 2008 had intersected copper mineralisation along with zinc, lead, and silver.

And were reported at the time.

How to buy into the NEXT battery boom (free report).

A further two holes, which had also intersected copper, where not reported at the time of drilling (2007–08).

I cannot be sure the reason for this, so I can only speculate — but you can draw your own conclusions.

Though MTB are noted for peculiar reporting practices.

Because the focus at Kihabe is on zinc, lead, and silver, MTB may not have been inclined to report other potentially commercial metals.

As such, copper was never included in the company’s 2004 resource estimate.

What’s the likelihood of seeing copper?

The company has revealed little about what it plans to do next other than more drilling will be required to test the continuity of the known copper mineralisation.

Though, MTB did not explicitly announce its intention to conduct further drilling.

Instead the explorer made the following statement:

‘If there is good continuity of copper mineralisation it will likely add to the overall grade and value of the currently quoted Kihabe Resource.’

In my opinion, the resurgent interest in base metal commodities could be a contributing factor to MTB’s announcement today.

With the future for commodities like copper looking bright, why not try and tack it onto your resource estimate.

Although, MTB could be a risky play in my books.

But with commodities like copper, nickel, and lithium making a comeback, thanks to their usage in future tech, now might be a great time to make a play. If you want to learn more about these in-demand base metals and how you can potentially profit from the next boom, then check out these two free reports: