Has a ‘No Dividend’ Call Plunged the Redbubble Share Price? (ASX:RBL) 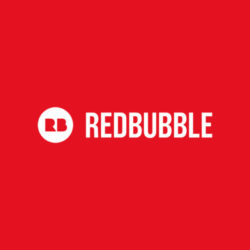 Online marketplace Redbubble Ltd [ASX:RBL] has seen its share price tank heavily today despite almost doubling its revenue in the first half of FY2021. RBL, which provides a platform for independent artists to sell their designs through its marketplace, made solid gains last year as the pandemic forced people to shop online.

Why have investors dumped Redbubble?

RBL’s growth has been astronomical in recent times, with the company announcing today that its revenue for 1H FY2021 grew by 95.6% to $417.6 million.

Its marketplace revenue (revenue minus fees paid to artists) almost doubled to $353 million.

This would have topped 100% had it not been for a currency headwind from the weaker US dollar.

The online marketplace also markedly improved its net profit by 1,465%, from a loss of $3 million in the last corresponding half to a profit of $41 million.

A result that comes on the back of an expanded shopping customer base that grew by 69% to $62 million during the period.

The UK, the third-biggest market for RBL, had the highest growth in gross transaction value for the half at 105%.

North America, which accounts for the lion’s share of RBL’s sales (69%), also posted a solid performance with 89% growth.

It’s hard to make sense why investors would dump RBL when the company is growing at such a rapid pace.

One possibility is the absence of a dividend.

Despite the surge in earnings, CEO Michael Ilczynski told investors not to expect a dividend yet.

With a cash balance of $130 million, investors might have been anticipating some distribution this half.

Should you expect fourfold return and dividends?

For a company as fresh as RBL (listing in 2016) it could be a little brash to be expecting it pay out its profits to shareholders.

The company’s share price has nearly returned 400% in the past 12 months and its financials suggest that its rapid growth could continue.

Young companies typically use excess cash to invest back into its business in order to support growth — not to pay out shareholders.

Meaning, shareholders should want RBL to use that cash to generate even more growth.

Another cause for concern may have been lower sales margins released in December caused by shipping partners who were unable to provide assurances in delivering products.

Which investors might worry could continue into the second half of the financial year.

There is no doubt that Redbubble has shown some incredible growth. And with a market cap of $1.6 billion, Redbubble is no longer one of the ASX’s small-capped star. But if you’re on the hunt for the next RBL, then check out these three exciting tech trends and three small-cap stocks that could explode. Claim your free report here.

We examine the five All Ordinaries [XAO] stocks notching the largest calendar year gains of 2021.

The Redbubble [ASX:RBL] posted record EBITDA. Investors are bidding up RBL shares on the release, with the online marketplace operator currently trading at $3.53 per share price, up 15% for the day.

Shares in global online marketplace Redbubble Ltd (ASX:RBL) have continued upwards today, thanks to a solid trading update released this morning. At the time of writing the share price of RBL is up 13.54%, or 65 cents, to trade at $5.45 per share…