Digital Yuan Versus DeFi Is a Clash of Civilization 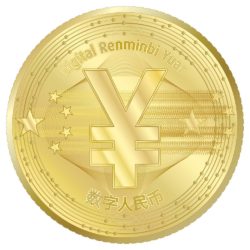 Ever read Samuel Huntington’s The Clash of Civilizations?

You see, there are two big developments looming on the horizon you need to be aware of as an investor.

In the blue corner (anyone who legitimately favours a free market) you have the decentralised finance (DeFi) movement.

In the red corner (China) you have central bank-backed digital currencies like the digital yuan.

This is the real clash of civilisations — an arm-wrestle for the ages.

And this is an image of the particular copy I have at home:

It was hailed as one of the most important books of the post-Cold War era.

What a read it is too — a globetrotting meditation on how exactly things would pan out for the world after the ‘red threat’ was put to bed.

It certainly caused quite a stir when it was published in 1996, and still does. At least in political science academia.

So, today the central thesis is that what we are witnessing currently is the emergence of two sharply contrasting visions of how money should work in our world.

Huntington may have been largely right about religious and cultural identities driving post-Cold War conflict, for example the ‘War on Terror’, etc.

But the ruptures we are seeing in the world of finance and monetary policy strike right to the core of where our civilisation is, right now.

And where it will go.

Messy DeFi experiment will go up against ‘controlled’ CBDC rollout

DeFi is an emerging thing.

It’s messy by its very nature, and hell, it only just got its first ‘real world’ loan over the line.

In a great article by Rebecca Rettig (who is general counsel at the Aave companies, the team that developed the DeFi Aave protocol) she says the following:

‘There are five qualities of DeFi protocols that make them distinct from traditional financial systems.’

‘Transparent: Because DeFi protocols are built on blockchains — typically Ethereum — every single transaction that occurs through a DeFi protocol can be surveilled. Unlike information in the traditional financial system, DeFi transactions can be seen in real time and the information is available 24-7 to anyone with an internet connection anywhere in the world. That transparency enhances the ability for risk assessment of the protocol and the transactions.

‘Autonomous: Once a party initiates a transaction on a DeFi protocol, the transaction occurs automatically through smart contracts. No one — including the software developers — needs to approve, be involved in or otherwise engage with a party conducting a DeFi transaction, just as Satoshi Nakamoto is not involved in every bitcoin… transaction.

‘Trustless: Transactions on DeFi protocols do not require reliance on any intermediary because of their automaticity. Individuals or entities interact with DeFi protocols through their own network addresses of which they are in full control.

‘Permissionless: Any party can access DeFi protocols from anywhere with an internet connection. There are no “minimum requirements” for DeFi, which provides an opportunity to enfranchise previously marginalized demographics. Individuals who don’t have access to traditional financial institutions (for a number of reasons) are able to gain financial autonomy by engaging in transactions on DeFi protocols, which only requires access to the internet.

‘Non-custodial: No party, other than the user, exercises control over any virtual assets supplied to the protocol. Smart contracts, in nobody’s control, hold the virtual assets, and users make the decisions on what to do with those virtual assets. That eliminates counterparty risk: A user interacts directly with software rather than with another user.’

While I would argue the ‘trustless’ point at a meta-level and suggest that blockchain is a more a trust-generating machine than anything else, Rettig is definitely right about the other four points of distinction between DeFi and TradFi.

She notes via a Chainalysis report that some 1.1% of on-chain activity was illicit in 2019, and today that figure stands at .34%.

You can see a breakdown of the nasty activities below:

If a private organisation can figure this stuff out, then surely law enforcement can as well.

And among the frequently petty grievances regulators and naysayers trot out, is the claim that bitcoin is a safe haven for the baddies of the world.

It’s simply not the case. If only .34% of fiat was spent on the ‘bad stuff’ we’d be living in a near-utopia.

More so, it’s a matter of effort.

This is what we know…

The world is awash in data on our transactions — the aggregators of this data are insidious in their own way. From the credit ratings agencies to the targeted ads to the social media platforms.

What crypto does is put a translucent veil over these transactions.

If governments really need to see what’s going on behind the veil — they can peek in with a bit of cunning and elbow grease.

DeFi though, strips out middlemen with smart contracts allowing transparency in the right place.

Who owns what, who owes what, and when it’s due to be paid.

You remember the GFC?

‘In short, what a difference it would have made a decade ago if Blockchain technology had been the informational foundation of Wall Street’s derivatives exposures. At a minimum, it would certainly have allowed for far prompter, better-informed, and more calibrated regulatory intervention instead of the disorganized response that unfortunately ensued.’

That’s a former regulator, I might add. And the GFC is when our Editorial Director Greg Canavan thinks the system was irrevocably broken.

This is the vicious feedback loop of monetary stimulus followed by fiscal stimulus until the money wheel can no longer turn.

Now consider what’s going on in China, with their state-controlled monetary ‘movement’.

This is a carefully choreographed dance if there ever was one.

Starts with giveaways, ends in ‘controlled anonymity’ or whatever they want

In previous coverage of the digital yuan rollout, Ryan Clarkson-Ledward talked about how giveaways or promotional activity were at the centre of its first phase.

The end goal is what the PBOC is calling ‘controllable anonymity’.

‘Which means users can make transactions anonymously to certain individuals or entities, but the central bank can still look through the data if the transactions are deemed suspicious or considered illegal. Larger amounts in the digital yuan account could also lead to less privacy.’

This is the loosest definition of anonymity I’ve heard, given where it’s coming from.

Anonymous unless we want it not to be.

‘Chutian Dragon, a maker of high-end smart cards, plans to make a card-based wallet for the digital yuan with fingerprint identification technology from Norway’s IDEX Biometrics ASA… Chutian Dragon’s move is one of the many recent efforts from Chinese tech companies to support the mass adoption of the digital yuan. The AliPay-backed online payment services within the digital yuan mobile app have gone live, and all four major commercial banks in China already allow customers to pay for food delivery and online shopping services with their digital yuan apps. Beijing-based Chutian has been a longtime provider of smart cards for Chinese government agencies and state-owned enterprises.’

DeFi is distinct in that it promises to make loans and fractionalisation more transparent — something which commercial banks refuse to do.

Imagine if retail investors could see all the big investment banks’ book of short positions on companies that they like?

Or better yet, what if we could see Nomura/Credit Suisse/Archegos-like activity before it happens?

What if with governance tokens, holders could set collateral requirements and leverage ratio caps?

It’s a completely different ethos to the digital yuan driving the DeFi movement.

While the US is probably cooking up a digital dollar initiative in the background, and Europe is pretty clear on a digital euro happening in 3–4 years, DeFi could toss all that down the drain.

Or at least, drastically alter the course of these developments.

Again, I’d really encourage you to sit down and grab a notepad and listen to what Ryan Dinse and Greg Canavan have to say on what they are seeing in the world of money right now.

It might well be the best and most forward-thinking educational presentation you can watch as an investor right now.

It’ll help you stay one step ahead in this ‘clash of civilisations’.

Lachlann is also the Editorial Analyst at Exponential Stock Investor, a stock tipping newsletter that hunts for promising small-cap stocks. For information on how to subscribe and see what Lachy’s telling subscribers right now, please click here.