Home | ASX Stock Market | ESG Investing: What Does It Take for a Small-Cap to Enter the ASX 200?

ESG Investing: What Does It Take for a Small-Cap to Enter the ASX 200? 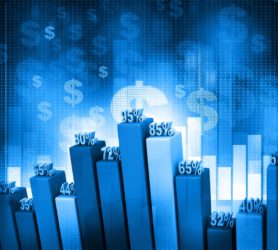 In today’s Money Weekend…ESG investing as a model, whose version of value is it?…what’s the definition of a small-cap?…here’s the crux of the matter…and more…

But what about the question, what does it take for a small-cap to enter the ASX 200?

That’s a super-complex question, and over the last week you’ve heard from Murray Dawes and Ryan Clarkson-Ledward of Australian Small-Cap Investigator about what they look for in companies that have just that kind of potential.

For one, Murray and Ryan insist that we are entering a stage of market flux — where the only thing you can count on is the unpredictable.

In this environment, you’ll likely want a steady hand, but also an eye for unique disruptive opportunities.

By that, I mean companies that legitimately change the course of human events in some way, however small.

A couple weeks ago, I hinted at the idea that the Afterpay-Square deal, relative to the money supply question, might mean that the value/growth debate is potentially pointless.

ESG investing as a model, whose version of value is it?

In a world where ‘The money don’t stop’, are we buying access to distributions and dividends, or ‘Are [we] actually buying a stake in how people view the importance of that company in a future world?’

In some sense this future world will still have dividends — but I think we are witnessing a change in investment mindset that requires you to stay nimble.

Just look at ESG investing as a model, for instance — are these investors really saying ‘Value, you be damned, I just want to do the right thing with my money’? Or is just a simple point that the ‘value’ is different?

Take in the Australian Ethical Investment Ltd [ASX:AEF] chart, for instance. A 125% return is nothing to sneeze at in its near relentless climb.

Nietzsche talked about a ‘revaluation of values’ and maybe just such a revolution is on the cards in the investment world — with the dawn of ‘The Age of Small-Caps’.

Ask yourself this first, though…

What’s the definition of a small-cap?

There’s a lot of debate around that — but in my book you could take anything from a market cap as low as $40 million and even up to a market cap of $600 million.

So if you think of it that way, for the smallest small-cap ($40 million) or the largest small-cap ($600 million), you’d need the company to tack on anywhere between roughly 40 times to 3 times.

That’s a large range of potential gains necessary to achieve it.

3 times is easy in the bottom range of small-caps, you see it all the time. You also see companies that shed heaps or get cut in half as well (do be aware of that).

But what about those that achieve mythical status — that go around 40 times from IPO to ASX 200 heavyweight, like Afterpay?

These anomalies are by their very nature, exceedingly rare.

Consider this chart for a moment, though:

That’s the ASX Small Ords [XSO] versus the ASX 200 [XJO] over the last five years.

First of all, indices can obscure much of the story, as an investor you want the winners within that index. Second, that’s just the XSO, not the even smaller companies in the ASX Emerging Companies Index [XEC]. Third of all, I’d argue that even some of the XEC companies are too big already. Finally, the chart above is only in a five-year time frame.

That’s why I’d prefer this chart:

Same as the chart before, just timed for the exact bottom of the 2008 GFC. The moment when everything was irreparably broken in the traditional finance system.

There’s the idea of mean reversion here, cycles, waves, you name it.

What I’d suggest is at play in this second (better) chart is we may be seeing a groundswell of market support for smaller companies doing really exciting things that alter the course of future human events.

As it’s just the XSO — it’s limited as well.

Here’s the crux of the matter…

Australia is a great place to find these kinds of companies right now, I’d argue.

Australians are a talented, hard-working bunch with a growing knowledge/tech economy behind them.

With a huge chunk of us in lockdown, our economy (and future economy) is also desperately underestimated or written off at the moment.

‘Don’t bet against us’ is the motto.

That’s why I urge you to check out what Murray and Ryan are up to with the Australian Small-Cap Investigator service today.

You’ll get a great explanation of why small Aussie companies need to be on your radar.

Continue below to see Murray’s Closing Bell video where he looks at the best earnings announcements from the last week.

PS: Watch the latest episode of ‘The Closing Bell’ on YouTube. Click here or the thumbnail below to view it.

Closing Bell — Will US Bonds Implode?

In today’s Money Weekend…foreign demand for US treasuries is waning…we are already seeing US tech stocks creaking…the next leg lower could be a doozy…and more… I have been warning you about the sell-off in US bonds for months, and we are now heading into the pointy end of proceedings with the US Fed not far … Read More