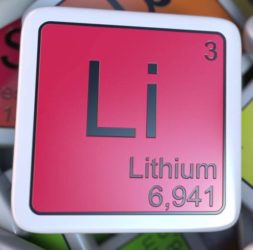 It was a brutal Wednesday for lithium stocks.

We saw 10–20% falls almost across the board. Granted, some have held up better than others.

The bigger question is whether or not this is the start of a bursting bubble for battery metals?

As you may already know, Goldman Sachs is being blamed for the sell-off. The investment bank released a report with a simple conclusion: the lithium trade is ‘over for now’.

In their view, the price of lithium is set to level off. As new supply comes online, the market will begin to normalise, which means existing and upcoming miners will need to rerate their earnings.

A simple case of supply and demand…

Though, hardcore lithium believers weren’t having a bar of it. As the AFR quipped yesterday:

‘Social media lit up with lithium fans accusing Goldman Sachs of everything from gross incompetence to market manipulation. Lithium investors urged each other to hold their stocks — although unlike crypto bulls, they at least spelt the word correctly.’

It seems a cohort of retail investors has decided to go rogue. And because of the power of social media, they can easily find more like-minded individuals to join their passionate cause.

Also, I love the fact that the AFR just had to take a jab at crypto while they could.

But the real question is, who is right between Goldman and the retail investors?

A battle of opinion

From a strictly objective point of view, I think there are truths to be gleaned from both sides.

On the one hand, it’s fair to say that lithium prices and lithium stocks are heavily inflated currently. Supply is finally starting to catch up to demand. Therefore, logic suggests that prices are unlikely to stay as elevated as they’ve been.

However, on the other hand, we’re still seeing some insanely priced deals occurring. The AFR itself reported how Pilbara Minerals [ASX:PLS] secured a US$5,955 per tonne contract with Chinese buyers just last week. That represented a 5% increase in price from their April shipment.

So recent evidence suggests that buyers are still willing to shell out big money for this commodity.

That led to some very different commentary from the AFR too:

‘The move highlights how the sector’s earnings upgrade cycle could have further to run as analysts continue to factor in prices lower than what miners receive, in part reflecting caution after the previous lithium boom came crashing down in 2019.’

It really just goes to show how divided the outlook on lithium can be. And for good reason. This is a commodity that could become as important in the next two decades as iron ore has been for the past two.

Even if Goldman relies more on analysis and market understanding, it doesn’t mean they’re always right.

Back in late 2017, they made a similar call on iron ore, as mining.com reported at the time:

‘…analyst Hui Shan said that Goldman’s projections see iron ore falling to $60 a tonne in three months, $55 in six and $50 in 12. If that is the case, the raw material prices would have dropped for the second year in a row.’

Not only was this prediction dead wrong, but by the end of 2018, iron ore was at the start of a major rally. From the December lows of around US$66 per tonne, the price rocketed up to US$122 per tonne by mid-2019.

Then, following that, we saw an even crazier meltup during the pandemic years of 2020 and 2021!

The point is, all the analysis and research in the world can’t always accurately predict the future. There are plenty of unknowns that can lead to booms and busts.

The lithium trend isn’t over

So with all this back and forth, what should an investor like yourself do?

Honestly, it’s squarely up to you.

Depending on your investment goals and risk appetite, lithium stocks may or may not be worth your time.

Short term, I think this modest correction was probably inevitable. There is a little too much enthusiasm around lithium, and it has lasted for quite some time.

Long term, though, I’m completely on board with the idea. Once battery storage technology starts making new breakthroughs, I expect lithium will become even more valuable than it is now. Because then you’ll have the EV makers having to compete with other energy solution businesses.

As for when this will all happen, no one can say for certain.

What matters most is that lithium isn’t likely to fade into obscurity again.

Unlike the last big lithium boom and bust, demand looks like it’s here to stay.

All that Goldman and these retail investors are arguing over is just how big this demand could become.

Only time will tell who is right this time around…