The crisis in energy markets has been brewing for quite a while but has finally boiled over in recent weeks.

Electricity prices have been marching higher for months and spiked sharply after the election. We saw Origin Energy come clean and admit that they have been caught with short electricity due to problems with accessing coal supplies for their Eraring power station.

Gas markets melted down completely, and regulators had to step in and cap the price after an astronomical spike in the spot price.

Companies developing gas projects on the east coast of Australia should be in the box seat, but the shift in the balance of power in the Senate to the Greens probably has a few investors worried that many projects may never see the light of day.

But as the crisis continues, Labor will be forced to encourage new projects to come online to ease the situation. They will probably end up working with the Coalition to get around the Greens’ balance of power, but that may cause problems for them in other areas if the Greens kick up a stink.

If new projects are mothballed, current producers will be the only game in town, and their value should skyrocket. Projects that are close to completion should have the highest chance of getting across the line now that a crisis has developed.

There are a few projects that could get up and running over the next couple of years, and they should be able to offer their gas at solid prices over the next 12 months. They are in the right place at the right time.

But their stock prices haven’t jumped. Yet.

I show you a bunch of gas stocks that I reckon could benefit from the crisis in the latest instalment of ‘Closing Bell’ above. 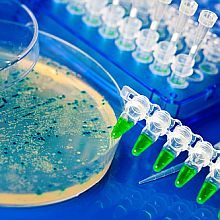 Fintech lender Plenti Group [ASX:PLT] is enjoying a brief reprieve today. The stock is up 2.47% at time of writing, clawing its way back from strong downward momentum in recent months.