Graphite producer and battery materials developer Volt Resources [ASX:VRC] announced it had signed a letter of intent for the sale of 5,000 tonnes of fine flake graphite product from its Bunyu Graphite Project.

The small-cap graphite developer has had a volatile past 12 months, with VRC shares down 25% year to date: Volt Resources has signed a letter of intent (LOI) to sell 5,000 tonnes a year of fine flake Bunyu Graphite to Graphex Technologies LLC — a subsidiary of Hong-Kong based Graphex Group Limited.

The non-binding intended sale of Volt’s graphite products to Graphex Technologies will stand for a 60-day period, after which a definitive offtake agreement shall be negotiated between the subsidiaries.

If all goes well, Volt and Graphex will be entering an official offtake term that is to last 10 years, with the opportunity to extend 5–10 years if they wish.

‘The opportunity to align with Volt Resources fits perfectly into Graphex’s goal to augment and diversify the upstream supply of high-quality natural graphite to meet the growing demands of EV production in the US and worldwide.

‘We look forward to exploring the possibility of expanding the relationship with Volt in the future to include higher volumes from Bunyu and potentially additional Volt assets.’

‘We are very pleased to secure this Letter of Intent for our Bunyu Product, and Volt is delighted to be partnering with such a highly-respected company such as Graphex.

‘The Company looks forward to completing the definitive offtake agreement with Graphex for the Bunyu graphite product. With strong demand in the graphite market, we are continuing to progress discussions with additional parties in respect to further offtake opportunities.’ 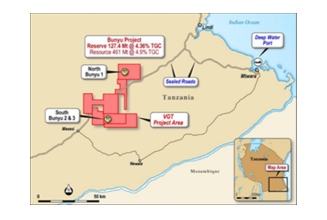 Volt said it is undergoing negotiations with other parties for further graphite offtakes regarding its Banyu Project.

‘Looking ahead, Volt remains firmly focused on obtaining the development funding for the Bunyu Project and moving towards construction and first production. We look forward to providing shareholders with further updates on progress in the near-term.’

At this stage, the key phrase in the announcement today is ‘non-binding’.

If Volt can secure further offtake deals for its Banyu Project, this could derisk its graphite asset.

But those agreements can only derisk the project if they’re binding.

Otherwise, they’re nothing but paper promises.

Now, while lithium has been one of the hottest investment themes over the past 18 months, the sector seems to be topping out.

Some of the best performers of last year — Lake Resources N.L. [ASX:LKE] and Sayona Mining [ASX:SYA] — are down more 40% from their 52-week highs.

But the megatrend powering the lithium story — mass EV adoption — is also powering others.

According to our latest report, there’s a smarter way to play the rise of lithium in 2022.

It involves what you might call lithium’s ‘little brother’.

Access the ‘The NEXT Lithium?’ report here to find out more.