Humm Group [ASX:HUM] shares fell on Wednesday as the fallout of the scrapped Latitude deal triggers a director exodus.

The saga of Humm’s failed sale of its consumer finance segment to Latitude rolls on.

Humm’s majority directors are on their way out.

Two directors have resigned effectively immediately, while three others — including Humm chair Christine Christian — will hang around until the appointment of their replacements. What a difference a day makes.

Yesterday, Humm chair Christine Christian penned a letter to shareholders providing background on ‘our difficult decision to terminate’ the proposed sale to Latitude.

Today, in a much shorter note, Humm’s majority directors curtly announced their departure.

The note was long enough to say the majority directors cannot remain on the board with Andrew Abercrombie there.

Christian reiterated that the majority directors still believe there was ‘significant strategic merit in the transaction.’

‘Andrew Abercrombie undertook a strident campaign against the proposed sale, strongly encouraging shareholders to vote against the transaction.

‘Much of the commentary he published was emotion-driven, inflammatory, and provided little clarity on what precise future strategy he envisages for HCF, or on what basis he believed Latitude were going to pay more for HCF.

‘There is still essentially no clarity on the future strategy he envisages for HCF. Some of the information he published was false and misleading, which we instructed him to take down from his website. He persisted in telling shareholders to vote against the transaction.’

But she revealed that the board asked Latitude to improve its offer and Latitude refused.

Christian then concluded (emphasis added) with a parting shot at Abercrombie:

‘This has undoubtedly been a difficult period for the Company, its shareholders and employees.

‘I want to assure you however that the Majority Directors have acted in the best interests of shareholders at all times and sought to secure outcomes which would improve shareholder value which has diminished substantially in this Company over the past ten years — all of which time Andrew Abercrombie has been on the board, the Company’s largest shareholder, and for a substantial period of which also the Chair.’

Why did Abercrombie vote against the Latitude deal?

A summary of Andrew Abercrombie’s reasons were outlined in a recent explanatory booklet LFS and HUM registered with ASIC on the eve of the now-cancelled shareholder vote. Who will be right: Humm’s board or Abercrombie?

Humm’s next 12–18 months will go a long way in determining who was right about Humm’s HCF segment: the outgoing board or Abercrombie.

Was Latitude’s offer a great way for Humm to exit the BNPL sector and pocket some cash?

Or can Humm tough it out and see its BNPL segment thrive?

In a recent explanatory booklet lodged with ASIC regarding the now-cancelled sale, Humm issued a warning if the HCF sale falls through:

‘Since 17 December 2021, a broad set of ASX listed consumer finance companies has experienced a significant fall in their share prices. The Majority Directors believe that (i) had the Latitude proposal not been announced, Humm’s share price would likely have been impacted more strongly, in line with sector peers and (ii) there is a material risk that Humm’s share price may fall significantly if the HCF Sale is not approved by shareholders and the status quo maintained.’

HUM shares are down nearly 30% in the past week alone.

Now that the deal is scrapped, Humm is fully exposed to the souring investor sentiment regarding BNPL.

Standalone BNPL stocks like Zip [ASX:ZIP] and Sezzle [ASX:SZL] are both down over 90% in the last 12 months.

So, what does Abercrombie see in Humm’s BNPL potential that investors aren’t seeing in larger BNPL stocks like Zip?

Abercrombie thinks Humm is unique in that it is not loss-making, and this offers HUM consolidation opportunities:

Who will be proven right?

As Benjamin Graham noted, ‘in the short run the market is a voting machine but in the long run it is a weighing machine.’

In the end, we will see who the market’s scales favour.

Now, while the BNPL sector is caught up in a significant sell-off, the ASX is home to many other small caps wishing to upend established industries with disruptive products.

In a recent report, our small-cap experts have profiled seven such Aussie stocks, including one they call lithium’s little brother.

Click here to read on about the seven stocks! 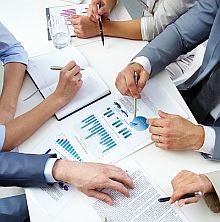