This is the man in charge of the world’s most important central bank, and he’s admitting that he has no idea how to tackle inflation. The one thing the Fed is designed to combat is a mystery to its members.

Talk about a bombshell.

Then again, it’s not like this is the first time a central banker has been open about their ignorance.

Ever since the abolition of the gold standard, the Fed has been operating blind. After all, there is no real way to curb value destruction when the currency is backed by nothing and can be printed to no end on a whim.

The main point of Powell’s confession for investors is that he has finally revealed the aim of the game.

His job isn’t to enforce good monetary policy, it is simply to look like the Fed is in control.

As I’ve said before, the Fed is not equipped to deal with the type of inflation we’re seeing.

Costs and the price of goods aren’t rising because of rampant demand, they’re rising because supply chains are still in tatters. The pandemic has delivered a series of supply shocks not seen since the 1970s, and the situation with Russia has only compounded the problem.

The Fed, despite being the arbiters of inflation, can’t solve these issues. Their main tools — interest rates and buying assets — are limited to only influencing demand.

So, by raising rates, all the Fed is going to do is cripple people’s ability to buy things. The only way this will curb inflation is if it gets to a point where a large majority are so impoverished that demand falls far enough to catch up with current supply.

In other words, they’re forcing the US economy into a recession until supply chains fix themselves.

Oh, but don’t worry, Powell’s very confident they can avoid that. After all, you can trust him, it’s not like he’s ever had wrong opinions in the past…

Putting aside the sarcastic pessimism for a moment, I want to stress that this isn’t a laughing matter. The Fed is going to subject the US people to a whole lot of pain simply due to their own ignorance.

That pain is probably going to spread beyond US borders too.

After all, much of the world is influenced heavily by the health of the US economy.

In the end, I expect the Fed will do so much damage that they’ll have to reverse course. That’s why I think investors should be preparing for lower rates and a return to QE quicker than you think.

And, perhaps most importantly of all, investors really need to start questioning what they can trust.

Because if there is any real loser in all of this, it is the credibility of the US dollar itself.

If there is any real winner in all of this, it has to be cryptocurrency.

The price of Bitcoin [BTC], Ethereum [ETH], and the many altcoins have been in freefall lately. Like most markets, investors are fleeing in terror. That’s exactly what you should expect when financial leaders are flying blind.

But, when you look beyond the speculative sell-off, you can start to understand where the value of bitcoin lies. Because unlike the Fed or the US dollar, bitcoin doesn’t need or want your trust.

There is no ulterior motive to ‘look’ professional whilst being completely ignorant. Something that Powell is clearly coming to terms with right now.

As the bitcoin wiki states:

‘Bitcoin is P2P [peer-to-peer] electronic cash that is valuable over legacy systems because of the monetary autonomy it brings to its users.

‘Bitcoin seeks to address the root problem with conventional currency: all the trust that’s required to make it work — Not that justified trust is a bad thing, but trust makes systems brittle, opaque, and costly to operate.

‘Through the use of cryptographic proof, decentralized networks and open source software Bitcoin minimizes and replaces these trust costs.’

It is sad that it’s come to this, but bitcoin’s trustless ecosystem is precisely what we need.

A future with no more incompetent central bankers.

And no more broken trust.

A recession is usually been defined by two consecutive quarters of negative GDP growth. But it seems that’s out the window now. 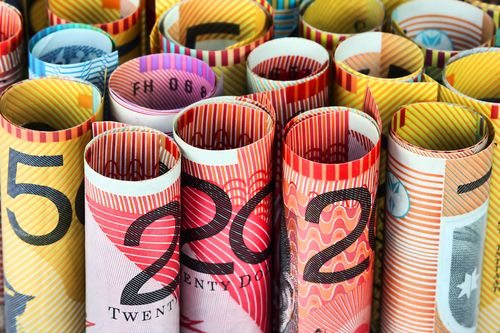