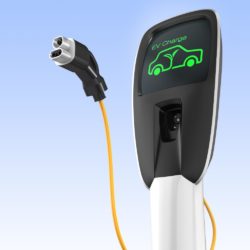 These are some of the common complaints and fears you’ll usually hear regarding electric vehicles (EVs).

But recently, an electric Mercedes beat the range record.

The Vision EQXX drove 1,200 km from Germany to the UK in less than 15 hours and in one charge.

What’s more, the Mercedes actually beat its own previous record.

Only a couple months before, the EV had travelled from Germany to Cassis, France — 1,000 km on one charge.

Both trips were done in normal driving conditions. The Mercedes drove through rain and shine, through flat terrain and the Alps. It travelled through busy city traffic and sped through the Autobahn at 140 km per hour.

How did Mercedes achieve this?

Well, it was through a combination of efficiency, aerodynamics, and battery innovations.

It all started a couple of years ago when Mercedes set out on a mission: to build the most efficient Mercedes ever made.

As they said, they wanted to ‘push efficiency to the absolute limit’.

So one thing they did was look at nature and the elements for help.

For example, they looked at how birds and fish optimise their shapes to their advantage.

They used the Sun to gain up to 25 km in range by adding ultra-thin solar panels onto the roof.

And they utilised the wind in their favour by adding sensors that check wind speed. When the wind is blowing in the same direction as the vehicle, it tells the driver to take their foot off the pedal and coast.

Clearly, there’s a lot to it. You can follow the full story here.

But while the Vision EQXX is still a prototype, Mercedes says they’ll be using some of its innovations and efficiencies in the cars they’re producing.

As Adam Allsopp from Mercedes put it:

‘Completing the journey from Stuttgart to Silverstone on a single charge with even greater efficiency really evidences some great progress in accelerating the technologies underpinning our electrification strategy.’

The battery is the most important part of an EV

In a way, achieving a 1,200 km range isn’t that hard, you can just add a bigger battery to the EV.

But one thing Mercedes made clear is that they didn’t want to have a big, heavy battery. They wanted one that would fit into a compact vehicle.

What’s impressive is that the Vision EQXX achieved this range with a 100-kwh battery pack — the same as a Tesla Model S, which can achieve around 400 miles (640 km) on one charge.

That is, Mercedes doubled the Tesla S range with their innovations.

Instead of increasing the size, Mercedes created a whole new battery.

The Vision EQXX battery is half the size and 30% lighter than the one used by the all-electric Mercedes EQS.

What’s more, the battery achieves a 95% efficiency. In other words, 95% of the energy created in the battery reaches the wheels. To put that in perspective, the most efficient petrol car only achieves 30% efficiency.

But much of the improved capacity comes from the anodes.

You see, each battery cell has three main parts: the cathode, the anode, and the electrolyte.

The cathode is the positive side, which, depending on the cell chemistry can be made of different refined materials that include lithium but also combinations of nickel, cobalt, manganese, iron, and aluminium.

The electrolyte transports positively charged lithium ions from the cathode to the anode and back again as the battery charges and discharges.

And then there’s the anode (negative side), which is usually made of graphite.

Along with decreasing the battery weight, Mercedes used state-of-the-art silicon anodes to increase its battery capacity.

In theory, silicon has an energy capacity 10-times higher than graphite, so they can increase an EV’s range.

But, of course, silicon also has its problems.

Silicone can expand to 400% of its size during the charging. This can lead to cracking, energy loss, and degradation.

For a while now, companies have been experimenting with silicone in the battery to improve battery performance.

But my point is…

And the exact chemistry is yet to be determined.

There’s lots of research going on out there to develop more efficient and higher range batteries.

So while things are looking gloomy in the economy out there, remember, there’s still plenty of opportunity in the battery sector that goes beyond lithium.

In fact, that’s a point my colleague Callum Newman made recently. He’s just put together a report on his three favourite battery plays.

Australia’s self-proclaimed ‘newest lithium miner’ Core Lithium [ASX:CXO] was up more than 2% Monday afternoon after the company broadcast that one of its deposits yielded outstanding results in the quarter.

This Unloved Energy Sector Is Getting Lots of Attention

Things are looking jittery once again ahead of the US Fed meeting today. In particular, things are turning dire in energy markets.

US-based ASX lithium developer Ioneer [ASX:INR] has signed a binding lithium offtake agreement with giant automaker Ford. Like other lithium stocks, INR has been hit hard in 2022 as the hot story of 2021 cooled this year. INR is down 35% year-to-date, although it has gained in recent weeks, up 30% in the past month. … Read More This Overlooked Industry Could Be Worth Billions

Here’s something I often hear: solar panels — or wind turbines for that matter — aren’t really that great because many end up in landfill instead of being recycled.