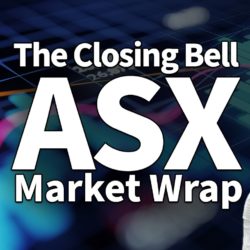 Stocks have been slowly grinding higher over the last few weeks and are on the edge of confirming a bear market rally.

If you are a nimble, short-term trader, you may be considering jumping into a few beaten-up stocks in the hope that the rally has legs.

I have picked out three stocks for you that you can look into. One of them is a small coking coal company that I came across at the Noosa Mining Conference that was held last week.

It was set up by the founder of Stanmore coal and has hopes of ramping up production substantially over the next few years from a standing start. They took a hit when the crazy Queensland jump in royalties was announced recently but have bounced nicely and remain in a strong uptrend.

Another stock is close to commissioning a new gold mine in Africa, and the final one is a market leader in sales enablement software.

I have no interest in making a claim that stocks will start rallying strongly from here, but odds are increasing that we could see a tradeable bounce before the selling returns.

The long-term downtrend remains in place, and I think this rally will have a use-by date in the next month or three, but until then, there could be some money to be made buying a few good quality stocks that are trading at a large discount.

A Copper Stock for the Bottom Drawer

After a sharp fall in the copper price over the last few months, many copper stocks have been under pressure.

But the long-term strong demand outlook for copper remains.

Last week I gave you three stocks to consider as I thought the prospect of a bear market rally was rising. One of them is already up 20%.

Commodities are plunging as growth expectations fall rapidly and the US dollar continues to soar.

There are some large capital flows happening worldwide at the moment, and investors need to understand what is going on and how it will affect their portfolios.