Currency markets are over-the-counter currency exchanges that perform conversions around the world between different national currencies and help determine the comparative values of the currencies.

They facilitate international trade by providing exchanges for investing across markets valued in different currencies.

These currency markets include all the aspects of buying, selling and exchanging currencies at current or determined prices.

That’s why it’s important, as an investor, to be aware of how currency markets operate, and the risks that come with it.

Such as exchange rates, which most market economies have, that are determined by the supply and demand of that country.

Other nations, like the People’s Republic of China, have fixed exchange rates that are set by government policy. Although, fixed rates are not as prevalent as they once were, as developing nations are now generally less focused on protecting their homegrown industries from imported goods, and are more focused on joining international agreements that favour free trade.

Most countries, such as the US, have a central bank which intervenes in currency markets by increasing and decreasing the amount of money available backed by its government.

The central bank has the power to shrink that amount if they decide to, which can grow the value of its currency relative to others. Conversely, if the bank expands that amount, the currency could lose value compared to others.

In some countries, central banks must revalue their currency after a bout of hyperinflation.

And central banks don’t just deal with their own country’s money — they also buy and sell the currencies and debt obligations of their partners.

So, as you can see, currency markets affect everything. That’s why it pays to follow currency moves closely and carefully.

Here at Money Morning, with our constant updates and insights into this section, you can learn how a rise or fall in the Aussie dollar can affect your portfolio and discover which financial markets to take advantage of.

Read on for the latest news and updates on currency markets.

While on your family vacation in the US, you treat the family to dinner at a fabulous restaurant. You pay the US$100, and the next…

The euro is the official currency of 19 of the 27 member states of the European Union. It is the second-largest reserve currency and second-most…

Japanese Yen (JPY) is the national currency in Japan. You’ll often see the yen symbol written as the capital letter Y with two dashes, like… 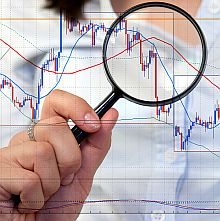 Having money in cash is a position. During a time like this, it’s a brilliant position because the value of that cash is going up as the value of stocks is going down. The Death of Equities: Is Inflation Killing the Stock Market? Get Ready for a ‘Berlin Wall’ Moment Sanctions against Russia are leading to the collapse of the ruble. So what should we think about Russia’s plan to build up its gold reserves?
Next
Last