If you wish to diversify your portfolio or expand into asset classes other than shares, you can consider government bonds.

In Australia, there are two issuers of bonds: companies and the Australian government.

Government bonds are generally considered to have lower credit risk than corporate bonds. But, because of their lower risk, they do tend to have a lower yield to maturity.

Bonds are generally considered defensive assets that can provide a stable income while protecting your invested money.

Since bonds are defensive assets, they are less risky than growth assets like shares and property.

All bonds have a set value — also known as the face value — when they are first issued.

As the government’s Money Smart site says, Australian Government Bonds are the safest type of bonds. If you hold them to maturity, you’re guaranteed a rate of return.

Why invest in government bonds?

When you invest in government bonds, you lend your money to the government. In return, you get regular interest payments. These payments are called coupon payments.

If you hold the bond until maturity, you then receive the bond’s face value on top of the interest payments.

Maturity refers to the date on which the debt and all outstanding interest must be paid in full.

Thus, AGBs can provide a stable and predictable income stream.

Additionally, the interest rate you can earn on a government bond may be higher than a savings account or term deposit.

AGBs also have high liquidity — which means you can easily sell the bonds if you want to.

Although your capital can still be at risk as the price of bonds can fall with rising rates.

There are two types of Australian government bonds traded on the ASX — Treasury Bonds (TBs) and Treasury Indexed Bonds (TIBs).

TBs are fixed-rate bonds, while TIBs are indexed to the CPI.

As a refresher, the interest rate in fixed-rate bonds is set when the bond is issued, so it stays the same until maturity.

An indexed bond protects you against rising inflation, as measured by the Consumer Price Index (CPI).

So, in this case, both the coupon payments and the bond’s face value rise in line with the CPI.

Having got these preliminaries out of the way, we can now turn to the question of how these bonds are traded on the ASX.

The catch is that government bonds are not traded on an exchange and are typically traded in large parcels, thus putting them beyond the reach of many investors.

But new legislation gave the ASX the rights to commence electronic trade on these physical bonds as a CHESS Depository Interest (CDI).

eTBs have the appeal and convenience of being electronically traded and settled through the Australian Securities Exchange (ASX) in small or large parcels.

How does it work?

If you own an eTB or eTIB, you thereby hold a beneficial ownership of AGBs in the form of CHESS Depositary Interests (CDIs).

What does that mean in practice?

Well, you get all the economic benefits attached to owning the bonds, including the coupon and principal payments.

But, because your hold is in the form of a CDI, you don’t have legal title of the bond.

This doesn’t really matter, though, because the market makers must maintain decent liquidity between the physical and the exchange-traded bond.

It needs to have a liquidity of at least $5 million — very enticing for retail investors.

Now that they’re trading on the ASX, you can buy or sell exchange-traded AGBs (eAGBs) in the same way you trade shares.

However, eAGBs can only be bought through licensed ASX brokers. Therefore, you need to have a broker-sponsored CHESS account to buy and sell them.

What is the minimum amount you can invest?

The minimum investment for any eTB or eTIB is one unit, which is equivalent to $100 face value of the treasury bond or treasury indexed bond over which the eTB or eTIB has been issued.

If you want more information on investing in exchanged-traded TB and TIBs, the comprehensive resource is the government’s information statements.

The Investor Information Statement for Exchange-Traded Treasury Bonds can be found here.

And the Investor Information Statement for Exchange-Traded Treasury Indexed Bonds can be accessed here.

What are the perks?

There are a range of benefits to this type of investment, which vary between eTBs and eTIBs.

Both can provide you with regular, stable income. And they have the lowest credit risk out of all Aussie debt-based investments.

Best of all, you can choose the investment terms that best suit your strategy…whether you go from year-to-year or trade with a 20-year vision in mind.

And as a bonus for Treasury-Indexed Bonds, their value moves alongside the Consumer Price Index, so your investment won’t be destroyed by inflation.

Is there a downside?

Of course. Any type of investment, whether large or small, comes with risks.

Interest rates, credit and liquidity, are all factors that can drive down the investment’s potential.

We recommend seeking financial advice before delving into such tricky forms of investment.

But by investing in more than just shares, you are expanding into other asset classes and diversifying your portfolio.

Diversification across asset classes lowers the ability of any one event adversely impacting all your investments.

For instance, when interest rates fall, bond prices tend to rise while shares often fall at this time.

To wrap it all up, I’ll refer to Money Smart’s helpful case study:

‘Pablo has had the bonds for five years and has received a total of $1,500 in coupon payments. He is now looking to sell the bonds to pay for a holiday.

‘Market interest rates have risen by 2% since Pablo first bought his bonds. This means other bonds are available on the ASX with a 5% interest rate. Pablo’s bonds, with a lower interest rate of 3%, aren’t worth as much. Their price has fallen from $10,000 to $8,450.

‘Pablo decides that it’s not a good time to sell his bonds. He chooses to keep them for another five years until they mature.’

Finally, when it comes to deciding which bonds to buy, when you should buy them and how much you should commit to, Money Morning can provide some key insight.

Check out our latest articles below. Will the Government’s Payment Overhaul Turn Us into Pioneers or Pariahs?

Fortunately, with the little insight we have, it doesn't look like that is the case right now. Here is the current list of proposed recommendations and the government responses, summarised by the AFR:

Having the RBA back up your trading strategy is easy money. Until it isn’t… The rush for the exits was swift, and I’m sure there are a few traders still licking their wounds. Pack your bags, ScoMo is paying for your next domestic holiday! It's the latest federal stimulus package to boost our economy. This time with a clear focus on our battered tourism industry.... The week been saw a slight pullback in the All Ords [ASX:XAO], gaining only 21 points for the week with the last two trading days pushing down on increased volume. Increasing talk about the tariffs placed on… 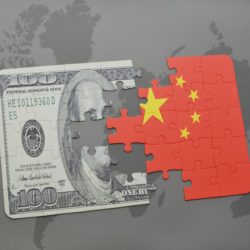 According to early reports out of China, the Middle Kingdom is planning to make bond purchases easier for foreign investors. Aiming to legislate direct investments in exchange-traded bond products... 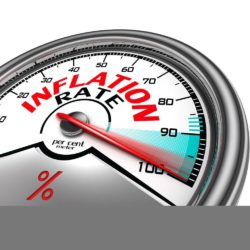 A New Era of Inflation is Coming — The Great Demographic Reversal

I’m currently reading an interesting book by a couple of heavy hitters in the world of economics. It is teaching me a lot about the dismal science and adding weight to my view that we are on the cusp of entering a new era of inflation...
Next
Last