Ever played Nintendo Wii tennis with a partner or child at home?

What you experienced is a kind of virtual reality.

Yes, you were in your living room. But with the aid of a few sophisticated electronics: motion-sensitive controllers, a gaming console, hidden sensors, and audio-visual representations of a cheering crowd and tennis court…

You could have fooled yourself into thinking you were channelling Federer himself at Wimbledon!

That’s the power of VR…

And while VR has come a long way since its earlier iterations in the gaming industry, this simple quality remains at the heart of why the technology is so compelling:

Its ability to transport you from one environment into another – with nothing more than the click of a few buttons.

But what exactly is virtual reality or ‘VR’ as it’s more commonly abbreviated… and why is it hot on the tongues of tech giants, start-ups, and investors the world over right now?

What is virtual reality?

Virtual reality describes the use of a computer technology to simulate a 3D sensory environment.

This technology can incorporate audio, visual, touch and movement design to enhance and shape the experience of the user.

A user engages with this artificial environment through specialised electronic equipment – usually a VR headset – all while simultaneously remaining situated in a real-world, physical space.

Even the field of experimental psychology is looking to VR as the way of the future. Worldwide, there are established treatments already using virtual reality to assist people who are receiving exposure therapy for phobias.

If someone has a phobia about riding public transport, for example, a VR application can help the phobia sufferer mentally enter that simulated environment to practice and develop their coping strategies in a more comfortable space.

Given its wide range of use cases and potential to transform human experience – and further bridge the relationship between technology’s potential and society – VR is an immensely fast-growing industry.

According to recent research, the global virtual reality market size is expected to reach USD 43.01 billion by 2028.

What is a virtual reality (VR) headset?

A VR headset, also commonly known as a pair of “VR goggles”, is an apparatus designed to wear around the head like a helmet.

The headset acts as a fully immersive audio-visual tool to facilitate your experience and interaction with an alternative SD sensory environment. It is often equipped with gyroscopic sensors and other motion-sensitive trackers that determine how the user will engage with the virtual space.

Is it a good time to invest in VR stocks?

Australia is widely considered one of the few high-growing VR regions in the world. There are currently over 130 VR start-ups in the nation, with that number expected to climb steadily over the next decade.

Since the recent swathe of lockdowns caused home confinement to become a glaring reality for Australians, one research report showed that around 45% of Australians were now willing to try VR as a direct result of the pandemic.

This presents an exciting opportunity for tech investors who see the potential for further growth and innovation in this space. It’s no secret that we’ve been covering Vection Technologies Ltd [ASX:VR1] quite frequently. This small-cap tech stock has garnered a lot of attention lately, delivering some remarkable share price gains throughout September and October... Few companies are seemingly as active as Vection Technologies Ltd [ASX:VR1] right now. This tiny tech stock has confirmed yet another partnership. Their third in as many weeks, News that has sent the VR1 share price 6% higher in today's trading. It’s been a busy week for Vection Technologies Ltd [ASX:VR1]. After teaming up with Facebook earlier this week they have landed another partnership with Microsoft. This helped lift the VR1 share price 13.89% higher...

The share price of 3D software company Vection Technologies Ltd [ASX:VR1] is up big today, with news it will join Facebook in its push to advance VR. VR1 specialises in virtual and augmented reality solutions... 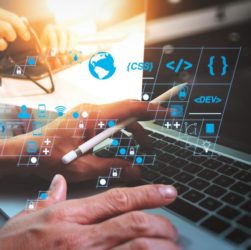 The share price of Vection Technologies Ltd [ASX:VR1] is up again today after announcing a move into healthcare. The VR1 share price is up 22%, trading at 8.3 cents. You can see the VR1 share price lighting up the charts after a long period of sideways trading...