LTR shares were briefly up 3% this morning before steadily falling in the afternoon, suggesting some investors sold into the news.

Like other hot lithium stocks, Liontown enjoyed a sharp upturn in its share price last year before retracing in 2022 as investors took profits and exited a crowded sector.

While the LTR stock is still up 120% over the past 12 months, Liontown Resources is down 25% year-to-date.

Will the formalisation of the Tesla deal reignite LTR shares or has this Tesla deal been well and truly factored into the price already? 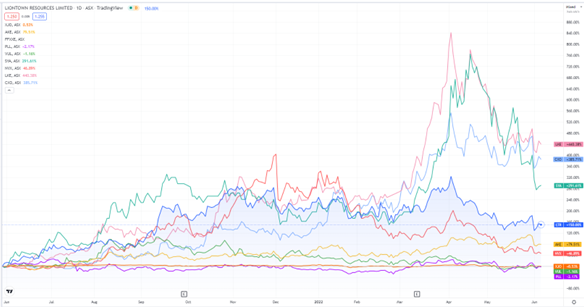 After much deliberation, Liontown and Tesla have inked a definitive full-form agreement for Liontown to supply the EV automaker with spodumene concentrate from LTR’s Kathleen Valley lithium project in Western Australia.

The offtake is for a five-year term commencing in 2024, with Liontown set to supply Tesla with 100,000 dry metric tonnes in the first year, rising to 150,000 dmt per subsequent year.

This represents approximately one-third of the Kathleen project’s start-up production capacity of about 500,000 tonnes a year.

The offtake agreement is conditional upon Liontown commencing commercial production at the Kathleen Valley project by no later than 1 December 2025.

Liontown said that the LG Energy and Tesla deals account for 60% of its planned production.

Liontown added today that it continues to ‘receive very strong interest from a range of parties’ for a third offtake, which will result in 85% of Kathleen’s production being contracted.

Liontown expects to sell the remaining production on spot or to existing customers.

‘Tesla is a global leader and innovator in electric vehicles and having formalised arrangements for it to become a significant customer is a tremendous achievement.

‘This means that we now have two of the premier companies in the global lithium-ion battery and EV space signed up as foundational customers, marking a significant step towards realising our ambition to become a globally significant provider of battery materials for the clean energy market.’

A binding deal is a positive development for Liontown and affirms its lithium asset.

But the company has plenty of work to do between now and 2024 before it can start shipping product to Tesla.

While inking a binding deal is important, today’s dip in Liontown’s share price suggests the outcome was expected by the market, with some investors taking profits and selling on the news.

With LTR shares down 25% year-to-date, has the lithium sector peaked?

Have gains in the lithium sector been exhausted?

Which sectors are still flying under the radar waiting for a potential rerating?

In a time when Europe is trying to wean itself off Russian energy, there is one sector our experts think is primed for a reassessment.

Ryan Clarkson-Ledward, co-editor of Exponential Stock Investor, has found an Aussie small-cap that could help Europe in its energy transition.

If you’re interested in finding out more, you can read about it here.